PPI to provide overhaul services for the Hamilton Sundstrand 54H60-77

The five-year contract consists of a one-year base, followed by four single-year options. The contract value is nearly four million dollars ($4M USD) for the Kent, Washington based company if all options are exercised. 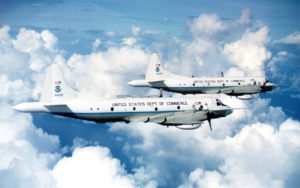 The contract award includes support maintenance, repair and overhaul to the entire propeller system including blades, controls, spinners and synchronizers.

PPI is an FAA authorized repair station, certified under FAR 145. For more than a half century PPI has been recognized as an accomplished global repair and overhaul facility and has enjoyed several smaller, quantity specific USCG 54H60 propeller awards. “This five-year competitive award contract substantiates NOAA’s confidence in PPI’s commitment to support their fleet,” said Al Hayward, VP Director of Sales and Marketing. “We have the facility, in-house capabilities and expertise to satisfy demanding customers like NOAA who require worldclass repair and overhaul. We’re honored to be of service to NOAA,” Hayward added.