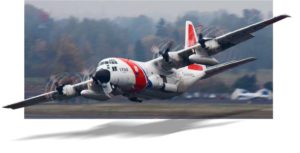 The 54H60-117 propeller system operates on the USCG’s fleet of C-130 Hercules Heavy Lift, Search and Rescue aircraft. The five-year contract consists of a one-year base, followed by four single-year options.

PPI is an FAA authorized repair station, certified under FAR 145. For more than a half century PPI has been recognized as an accomplished global repair and overhaul facility and has enjoyed several smaller, quantity specific USCG 54H60 propeller awards. “This five-year competitive award contract substantiates the USCG’s confidence in PPI’s commitment to support their fleet,” said Al Hayward, VP Director of Sales and Marketing. “We have the facility, in-house capabilities and expertise to satisfy customers like the USCG who require worldclass repair and overhaul. We’re honored to be of service to the USCG,” Hayward added.