Kent WA – July 19, 2016, With the implementation of a new motor test rig and work station within its 64,00 square foot facility, Pacific Propeller International (PPI) has added electric motor testing, repair and overhaul to its lineup of airframe service capabilities. 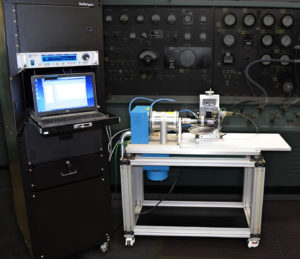 In general, Pacific Propeller can now offer test, repair and overhaul services for motors up to 55 inch pounds of torque, speeds up to 25,000 revolutions per minute (RPM) and a maximum power rating of 3,400 watts.

Tim Gellerson, PPI’s Vice President General Manager, is pleased to offer existing and new PPI customers this added line of service. “PPI has long been known for its ability to repair and overhaul a complex list of propellers within the aerospace industry both military and civil.  What is not so well known, is PPI’s capability for repairing and overhauling motors. PPI currently is repairing/overhauling/testing C-130 Hercules and P-3 Orion auxiliary motors, but welcomes the opportunity to not only work on these auxiliary motors, but to quote PPI’s servicing of all motors that fall within the limitations of our newly established test equipment.”