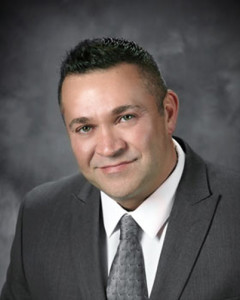 Pacific Propeller International (PPI) is pleased to announce the appointment of Tim Gellerson as Vice President General Manager, effective August 12, 2015. PPI is a FAA Part 145 certified aerospace company with a 60-year track record in the repair and overhaul of large commercial as well as military propellers.

PPI’s domestic and global businesses are expanding rapidly, most notably in the manufacturing segment and foreign defense markets. “The past decade has seen work with the US Government ramping up; we have contracts with the US Navy, Coast Guard & Homeland Security. The biggest push currently is in in-country projects around the world. We are active and present in our target regions. I’m excited that Tim is going to lead PPI’s continued strategic growth in new products & international markets,” says Jeff Heikke, President.

Tim brings into his role extensive aerospace experience, with 11 years in senior management, overseeing both domestic and foreign operations for multiple repair stations, new and aftermarket business and customer support. Tim began his career as a certified machinist at Dowty Aerospace with advancing levels of responsibility at various large aerospace companies. Having been formally trained in Six Sigma Black Belt Practices and Lean Manufacturing, Tim has led continuous operations improvement initiatives at Moog Aircraft Group, Smith Aerospace & GE Aviation with great success while managing multiple sites. His technical background & proven management experience will provide PPI with the dynamic leadership it needs to propel the company forward to stronger performance as it focuses on the path of growth.